Ash Wednesday is one of the worst bushfires in Australia's history with 75 people dying in Victoria and South Australia. (ABC Weather: Humyara Mahbub)

"My wife and two small children were in there at the time. I was off fighting the fire. I didn't know where they were."

It took just 20 minutes for the fire to rage through Cockatoo, killing six people and destroying more than 300 buildings. 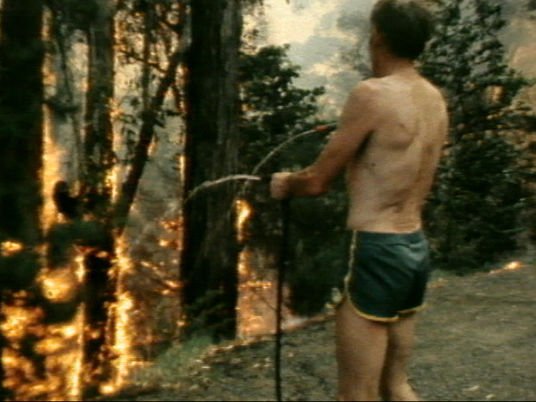 How we prepare and defend during bushfires has changed a lot since Ash Wednesday in 1983 when 75 people died. (ABC TV)

While the fire moved through the township in just minutes, Graham didn't get a rest for 43 hours, trying to protect people and property against the unstoppable flames.

When he was finally able to go home, Graham found his house was the only one left in his street.

"I wasn't there to save it [but] I was more prepared. I practise what I preach.

"Keep the gutters clean. Don't plant plants right up against the house. Stack the firewood on the back veranda."

Graham and his family stayed in Cockatoo after the fire. In 2018 a memorial designed by Graham was dedicated to the memory of those who lost their lives that day.

For the Community
Be prepared:
Find a GetReady! BM Event
Make an Emergency Plan
Prepare your home, yourself & family
Prepare for your pets/animals in emergencies