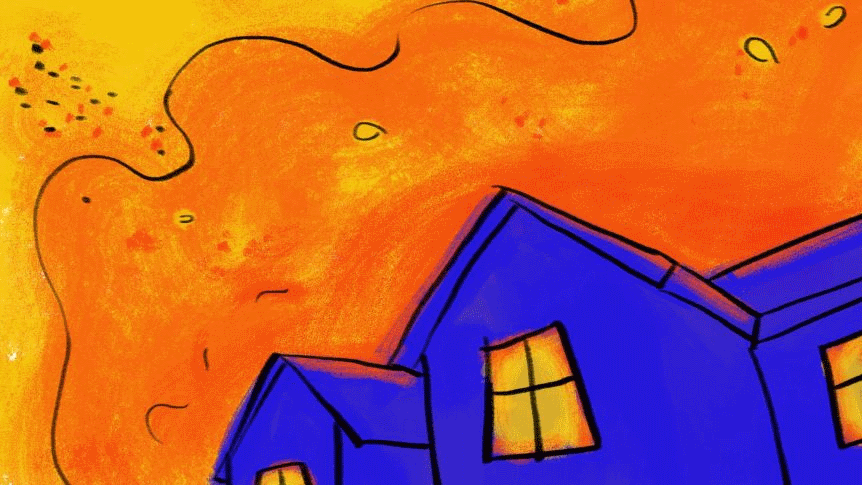 "It was a whole-body experience. You've got the smell of the smoke, the sight of it and then it gets dark … between the sound of the fire and the roar of the wind, it was just massive."

Rachel Marks says it's impossible to truly describe the experience of being near an out-of-control bushfire.

It's an experience no-one wants to go through and, if it happens to you, one you'll never forget.

We spoke with three people who've survived them — from a volunteer firefighter who lived through one of the country's worst ever fires, to shack owners who escaped by sheltering on a beach.

Here are their stories of surviving the extremes.

A personal experience with bushfire has effects that last long after the fire threat ends. (ABC Weather: Humyara Mahbub)

"It was just a roar … there's this constant, almost threatening sound.

"It was a whole-body experience. You've got the smell of the smoke, the sight of it and then it gets dark … then it turns orange. It's really hot, it's really windy.

"It was my worst nightmare. I could see people with their garden hose, trying to put out their house." 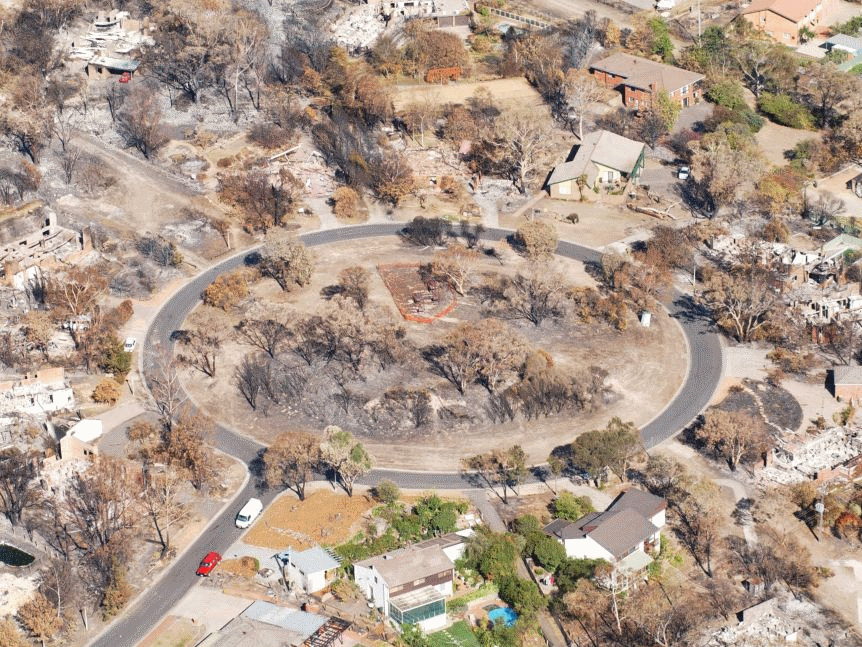 Chauvel Circle in Chapman, Canberra in January 2003, after the firestorm swept into the suburb on January 18, 2003.(National Library Of Australia: Greg Power)

They eventually made it to Rachel's parents' house in the southern suburbs of Canberra, but still couldn't relax.

"I couldn't sleep that night. I was covered in fear sweat and every time I heard a car go past, I thought 'The ranger's come to tell us to evacuate. It's coming'. It was pretty horrific."

Rachel and Adrian were able to return to their home, which had survived, the next day.

"We were going past people's burnt houses. It felt surreal, like something you'd see in a movie.

"People walking around, dazed, wondering 'What the heck do we do now?'"

While the fire didn't directly affect Rachel's house, it did affect her life.

She now lives in Victoria, not that far from another national park, and the smell of smoke and sound of helicopters on a hot day takes her straight back to that experience in Canberra.

"Even though it hadn't hit my house, it hit my community, and you pick up what people are feeling."